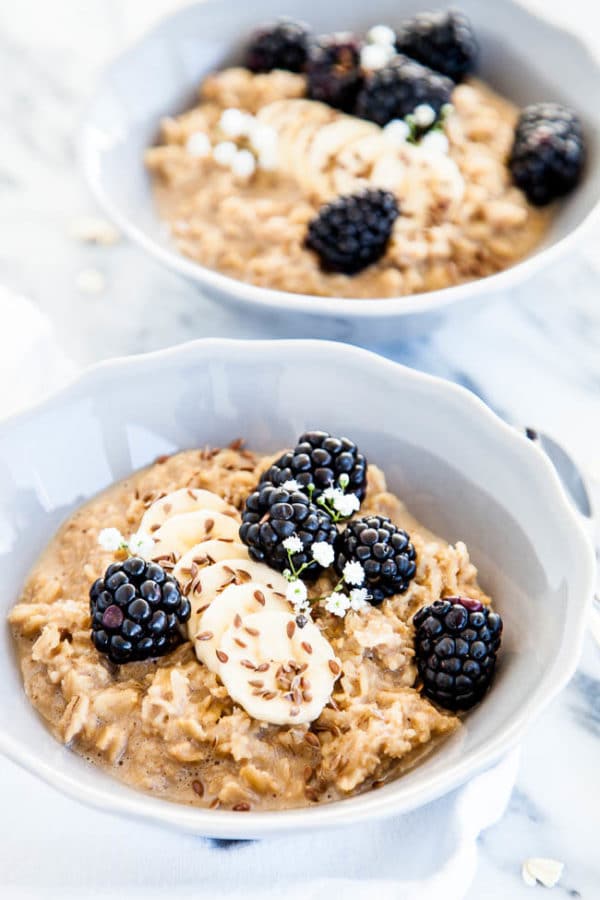 Growing up, it was a tradition to drink black tea after large family dinners. Orange pekoe or earl grey would be served, and when I was little, my grandma would give me a teacup filled with a little bit of tea and a lot of milk – she called it “pearl tea.”

I felt so fancy and grown up with my pudgy fingers curled around a cup of pearl tea.

Now that I’m older, I don’t often drink black tea (mainly because I like to drink multiple cups!), and instead reach for herbal or oolong teas. But whenever I do drink a cup of earl grey tea, I still feel fancy and grown up.

I love the flavour of black tea, particularly earl grey tea with bold bergamot flavour. In an homage to earl grey tea, I decided to add it to oatmeal! 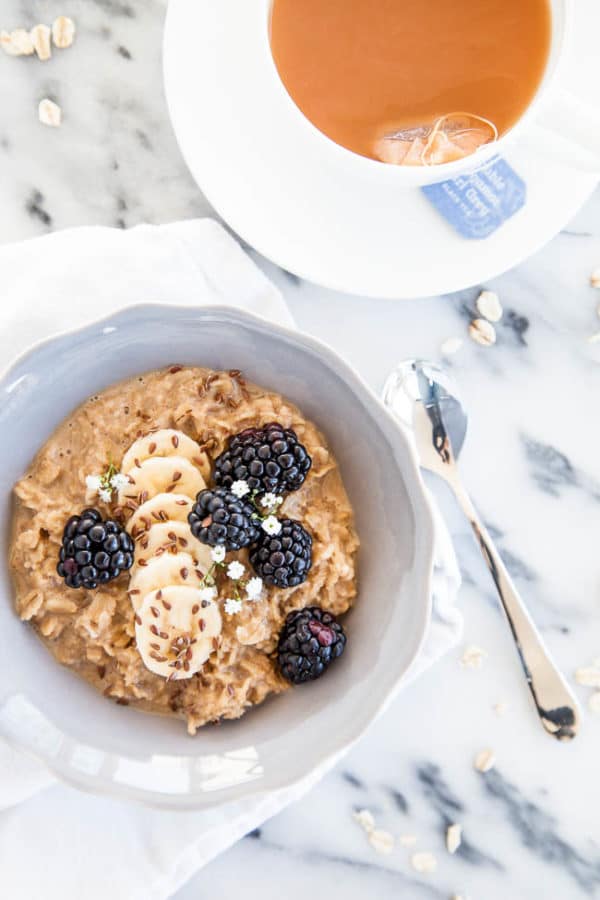 Earl Grey Oatmeal is special because its flavour really does taste like tea. I used this  double bergamot earl grey tea

, which, true to its name, really does have double the spicy, citrusy, oil of bergamot flavour. If you’re a bergamot fiend like me, definitely give it a try! 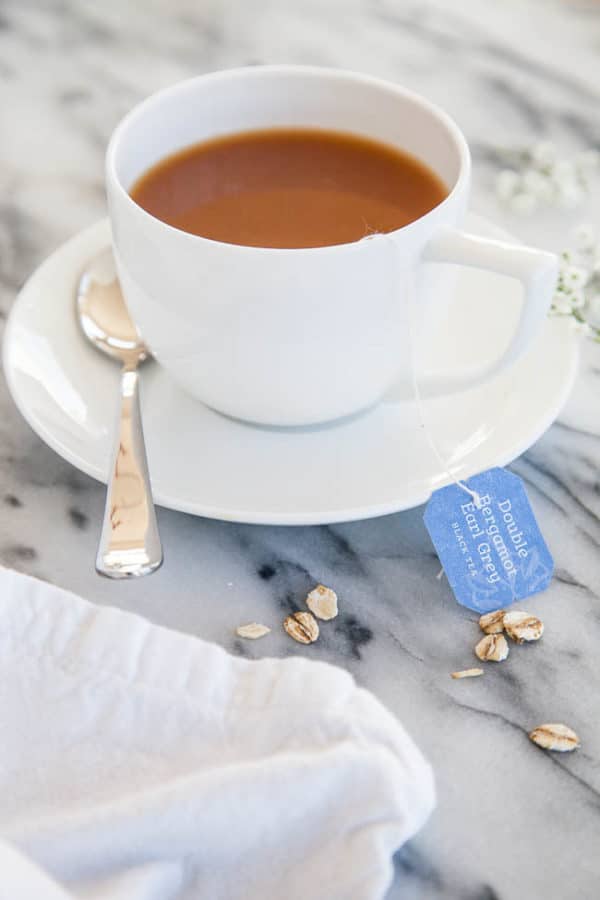 To simplify things, we’ll brew the tea on the stovetop, in the same pot that we make the oatmeal. Then, the oatmeal is stirred into the milky tea, and while the oatmeal bubbles, it soaks up all that bergamot yumminess.

To serve, add a big splash of milk, a drizzle of honey, and plenty of juicy blackberries. 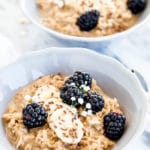 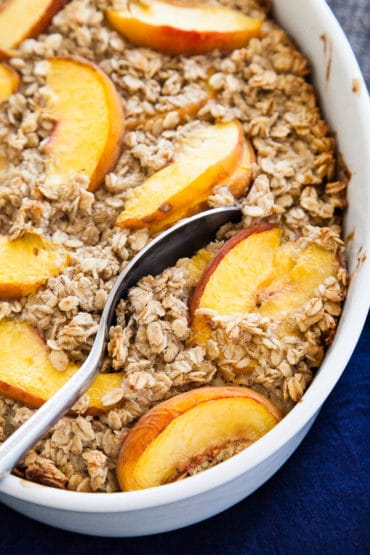 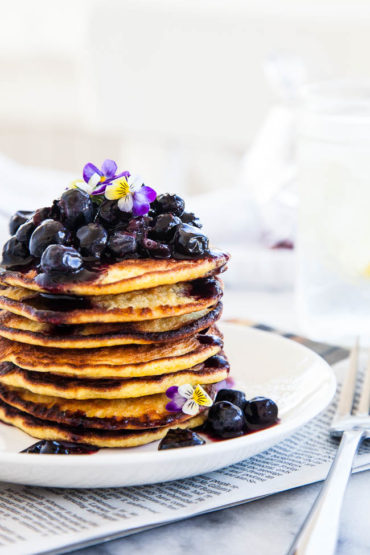 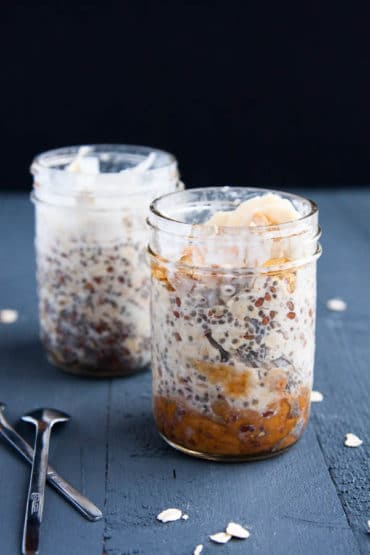 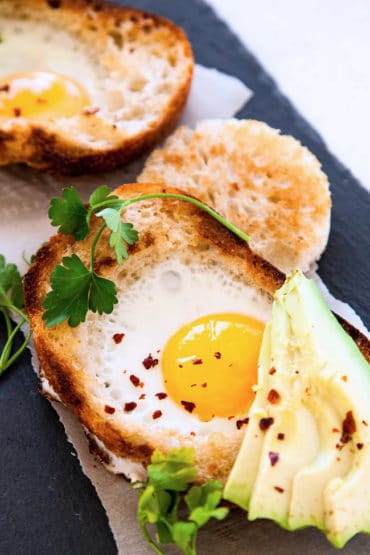 Egg in a Hole 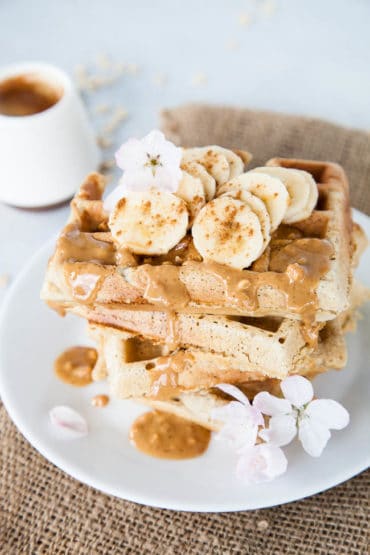